What Does It Cost Tobacco Companies To Kill 1 Billion People? 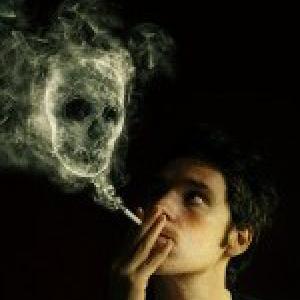 According to the World Health Organization (WHO), and is confirmed by the Center for Disease Control and Prevention (CDC), tobacco could kill one billion people this century.  These results were reported in the January-February 2014 issue of THE FUTURIST Magazine. Now that’s scary!

Since total population is projected to reach about 10 billion by 2100, that’s a considerable percentage of humanity up in smoke, so to speak. The emotional and financial costs associated with these deaths are beyond calculation and comprehension.

The CDC notes that Big Tobacco spends an estimated $23 million per day on advertising and promotion to encourage existing smokers and to hook others. They especially target young men and women and folks in less-developed nations, who have limited or no resources to counterbalance their intense and constant advertising blitz.

According to CDC statistics, tobacco is the leading cause of preventable deaths globally, about 6 million each year and projected to increase to 8 million by 2030.

I have a few questions for Big Tobacco executives. Are you following a path of Inspired Leadership within your company? Are you living a fulfilled, balanced and passionate existence with your current Life Purpose? Since more and more research on the nature of consciousness and the implications of modern quantum physics show that all of us on this planet are somehow connected, how do you feel about the manner in which you “touch” your fellow humanity?