Posted by balance-admin on Thursday, 16 October 2014 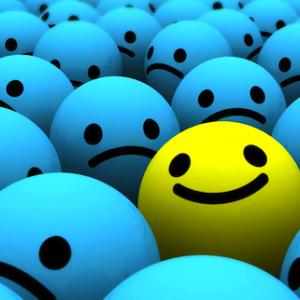 “Happiness is not a goal; it’s a by-product.” —Eleanor Roosevelt

Every year thousands of books and articles are published on how to be happy—usually how to get “there” faster, or to get more of “it,” however you wish to define “there” and “it.” This is not a fad; it goes back thousands of years.

Aristotle concluded 2,300 years ago that more than anything else in life, people seek happiness, usually through beauty, money, power or sex—and this approach in and of itself never succeeds, but for a brief time.

Why? For one thing, happiness cannot be achieved directly as a goal; it is always the result of doing something; as Eleanor Roosevelt notes, it’s a by-product. But then, how does happiness unfold? What makes us happy?

Most dictionaries define happiness as a state of mind characterized by feelings of contentment, love, satisfaction, pleasure or joy, i.e., personal fulfillment. There is no such thing as constant happiness, except perhaps for a few “enlightened” saints who spend their lives in meditative bliss.

But that’s not the path for most of us. Our lives are generally lived between the poles of joy and sorrow, laughter and sighs, achievement and disappointment. The key is how to live a happy life on average. At the end of the day, a week, a month, a year—do you feel that deep sense of fulfillment sought by the spirit inside you?

If happiness is not a goal then what leads to happiness? I think we must live by our values, those guidelines ingrained in us that set the compass by which we live. Those values may vary with the person. However, when we violate any them, we feel stressed and unhappy. But following your values is not enough to achieve lasting fulfillment. As mathematicians would say, “It’s a necessary but insufficient condition.”

The Road to Happiness

I think the fundamental requirement is that you continuously pursue your sense of purpose, your raison d'être, as the French would say. This means applying your Essence to create value for both the world and for you. Each of us is born with a personal Essence, a fundamental capability or skill that differentiates us from others. It’s something we’re good at and love to do. And when you apply it to make the world a better place, it generates Passion—a force that evaporates fear, unleashes Creativity, and can change the world.

Paulo Coelho, author of The Alchemist, tells us we know what our Essence is when we are young, somewhere between the ages of 5 and 15. But the ways of the world have the effect of dulling our senses, and by the time we are adults, we often either forget what that asset is, or we have been talked out of it. We don’t think in these terms when we are young, but that skill is there, and it can be kindled in a most unexpected way.

I have had a lifelong passion for technology and entertainment. I discovered both of these passions between 8 and 12 years of age.

My interest in technology was precipitated with a Christmas gift of a chemistry set, shortly before my 9th birthday. I’m not sure I would give a 9 year-old a chemistry set today, but my parents were from the wanted me to become a physician and perhaps a chemistry might guide me in that direction.

After doing all of the usual “boy stuff” of making stink bombs, rockets and fireworks, I found I could make useful products such as ink, adhesives, and simple cosmetics. I set up a small lab in the basement of our home and began “manufacturing” products and selling them in the neighborhood. Every cent I made went into that laboratory. It was a marvelous experience; people were actually willing to pay for products I made using my “technology!” This filled me with Passion and as a result, technology has remained an important part of my professional world, ever since.

My deep interest in entertainment happened in a similar manner. Growing up in New Jersey during the frigid winters of the 1950s, and as the oldest of 10 children from parents of modest means, I went to work when I was 10 years old delivering newspapers. Half of my take went to my parents; the other half was mine. However, I wanted an “inside” job away from the cold winters, so I took some piano lessons and started a band to play for school dances, parties and weddings.

As a teenager living next to New York City, the capital of rock ‘n roll music during the 1950s, I began to write songs and sell them to singing groups in the city. One thing led to another and at age 16, our group called the Royal Teens recorded a song called “Short Shorts.” It reached number 3 on the charts in New York City, and the rest is history. We worked with many of the early pioneers of rock ‘n roll music—from Chuck Berry to Jerry Lee Lewis to Buddy Holly and the Crickets.

I have seen this kind of journey played over and over again for people who say they have fulfilled lives. It’s a simple but profound path, and it always works:

Applying your Purpose to a Need in the world that makes it a better place leads to Passion, which generates physical and emotional Energy, which unleashes Creativity that generates Innovation providing you with a Reward that leads to a sense of Gratitude, which is always the source of FULFILLMENT.

It is not beauty, power, money or sex. It’s not that they’re unimportant, but as Jigmi Thinley, the Prime Minister of Bhutan, exclaimed eloquently in his September 2010 speech before the United Nations General Assembly, “Happiness comes from a judicious equilibrium between gains in material comfort and growth of the mind and spirit in a just and sustainable environment.”

In business, it behooves us to see that we place our employees in jobs and an environment that is effective in tapping into their Essence and Purpose. Numerous studies of employee engagement show that only about 20 percent of employees enjoy their job. Why is that? A lack of purpose causes anxiety and people then work inefficiently. Can you imagine the level of productivity and sense of fulfillment if we were to tap into only a fraction of our employee’s Essence and Purpose? This would provide the ultimate competitive advantage!

The Formula of Five

So then, what instills and reinforces a sense of Purpose? I call it the “Formula of Five.” It is simple to state, but requires commitment to achieve. However, the payoff is substantial. In decreasing priority, the key elements are:

As stated so well by Steve Jobs in his commencement address to the 2005 graduating class at Stanford University:

Enjoy your journey; make a difference!