Climate Change Will Worsen Your Allergies! 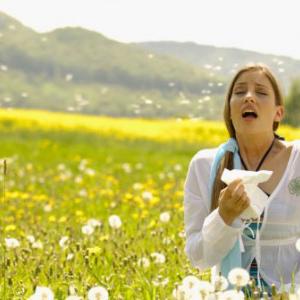 According to the U.S. Environmental Protection Agency (EPA), about 50 million Americans currently suffer from seasonal allergies. And the intensity and number of allergenic reactions will increase dramatically over the next three decades—primarily due to climate change.

The EPA bases their conclusions and concerns on two effects due to rapidly increasing climate change. The first is that many allergenic plants thrive in warm climates, and the earth’s average surface temperature continues to rise and the rate of change is increasing due to increasing levels of carbon dioxide [CO2] in our atmosphere. The second factor is that increased CO2 levels in the atmosphere cause plants to produce much higher levels of pollens that are highly potent allergens.

Why? Pollens created at warm and high CO2 levels produce increased amounts of toxic proteins; nasty molecules that tickle, swell and water the membranes in your eyes, nose, throat and lungs.
Furthermore, the EPA expresses deep concern because mold and dust thrive in warm, CO2-rich environments. They can cause severe allergenic reactions, asthma, and for people at pulmonary risk, this can lead to respiratory arrest and death. It is disconcerting that asthma rates have surged around the globe over the past three decades.
So, why are our governments and many corporations not doing more to address the threat of climate change? The answer is simple. As Cuba Gooding, Jr. explains to Tom Cruise in the film Jerry Maguire, “Follow the money!” For example, the overarching commitment of fossil fuel companies to their shareholders is to sell increasing quantities of coal, oil and gas for combustion to generate energy; and as a consequence to stuff more and more CO2 into our atmosphere.

Their stock values and balance sheets are buoyed to very high levels, based on the amount of carbonaceous fuel source they own in the ground. This valuation is completely irrational. Why? Because it is inconceivable that they could ever burn even a modest percentage of this fuel. If they did, they would transform the earth’s atmosphere to one not too dissimilar to the planet Venus where the average surface temperature is 460o C compared with the earth’s average surface temperature of 19o C. This would completely destroy humanity and most living species. The true value of fossil fuel companies is wildly overstated.

These companies should view themselves as energy companies, not fossil fuel companies. They should develop and commit to plans to transition to producing sustainable energies—wind, solar, biomass, hydrogen, geothermal, and more. They should be assisted in this transition by government. In 2013, governments spent more than $500 billion globally subsidizing the use of fossil fuels. If but a fraction of these funds was directed at increased commercial use of sustainable alternate energy, we would have a major breakthrough in managing the climate change crisis. My colleagues and I laid out one such plan in our book, Freedom From Mid-East Oil.

We seem to be stuck in an old way of thinking and this modus operandi is supported by the vicious circle of fossil fuel companies showering governments with incredible levels of lobby funds, and governments throwing money back to them in the form of huge subsidies.