Business Wakes Up To Climate Change 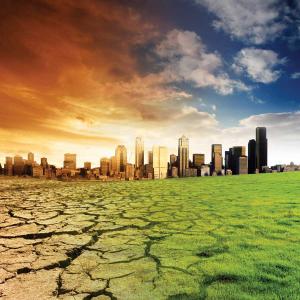 I have felt for a very long time that business is the strongest force on the planet and our only hope to minimize the impending catastrophic effects of climate change. Governments won’t do it because most politicians, who normally face 4-year in-office cycles, prize the votes of their constituencies.  But finally we see a growing number of corporations putting their money and action behind their rhetoric. A recent article in the New York Times supports this trend in corporate concern.

Coca-Cola, producer of the world’s most popular sugar-water soft drink has seen the light, not particularly motivated by a moral obligation to future generations, but by the economic circumstances of their business. But, hey, that’s okay with me, just as long as they and other others like them wake up and do something!

Speaking at this year’s World Economic Forum, Jeff Seabright, Coke’s vice president for environment and water resources noted that “The medium through which climate impacts, is being manifest through the water cycle. Increased droughts, more unpredictable variability, 100-year floods every two years—when we look at our most essential ingredients, we see those events as threats.” Coke began to come to grips with the realities of climate change some years ago when they lost a profitable operating license in India due to a serious water shortage.

Coke’s change of heart is increasingly supported by many of the world’s leading economists, who now recognize the reality of climate change as a major negative force on global gross domestic product by disrupting supply chains of raw materials and increasing their cost. Although these economists note that addressing climate change issues comes at a high cost, they strongly caution that inaction to save money now could cause significantly more costy global calamities.

William D. Norhaus, a Yale professor and arguably the world’s most recognized expert on the economics of climate change, details in his latest book, The Climate Casino: Risk, Uncertainty and Economics for a Warming World that climate change is an urgent issue and will exponentially increase costs for nearly everything that we need to function as a society. Most other leading economists agree.

Yet, politicians are loathed to get behind the scientific and economic facts in fear of losing votes. I believe that political figures who have the courage to speak openly and frankly to their constituencies concerning the nature of our challenge, the risks and the costs we will face; they will be embraced as true leaders. The timing is right. They are the leaders who could best guide us through the tortuous path we now face to minimize the impact of climate change on us, on our children, and on future generations.

Such leadership could do this by creating a political environment that supports rapid infusion of currently available sustainable and renewable technologies such as wind power, solar power, electric vehicles, distributed power, and much more. The technology is available and will only improve upon widespread use.

Yes, in this scenario the fossil fuel industry will suffer economically in proportion to their “carbon content;” the coal industry most of all, and the natural gas industry, least of all. For humanity’s sake, by 2100, the fossil fuels should be just that—FOSSILS!

Otherwise our children will look back at us with deep disappointment and raging regrets and wonder, “What in God’s name were they thinking?”